More than 500 participants on Scottish FA Coach Education courses attended a global digital convention this week, hosted by United Soccer Coaches (USC) and delivered by some of the biggest names in the sport, including Champions League winner Jose Mourinho.

Candidates on the UEFA A and B licences were joined by hundreds of participants, connecting coaches from all around the world through the use of technology.

Leading figures from across the game delivered sessions to coaches at different levels in their development throughout the week.

Scotland international Joelle Murray, an A Licence candidate who attended the convention, believed it presented “endless opportunities” for all those involved.

“There has been an abundance of sessions and webinars available this week so it was a case of highlighting what I felt was beneficial to me as a player and a coach to take part in,” Murray explained.

“It’s been a fantastic week and a brilliant resource for coaches, with endless opportunities. It’s not only an educational tool but also a terrific way of networking for everyone involved. I am very thankful to the Scottish FA for giving me the chance to take part in it.”

With in-person learning difficult to navigate during the coronavirus pandemic, the Scottish FA has selected the USC Digital Convention sessions as credit in lieu of in-person education, registering all coaches as members so they could attend the interactive digital event this week. Murray said: “At the moment, face-to-face engagement is something we’re all really missing. Although the convention was online, you still felt a sense of engagement and a closeness which made this week so special.

“The fact you’re able to hear from coaches from all over the world, with a variety of knowledge and experience, is a great way of learning new methods and sharing with each other.”

Former Livingston and St Mirren midfielder Burton O’Brien reflected on an “invaluable” week after hearing from the top professionals in different fields of the game.

“It will probably take us all another few weeks or months to go through the full course to be honest,” the UEFA A Licence holder said. “There was over 50 different presentations at least, all of which can now be accessed as recordings, so there was so much available to take away from it. 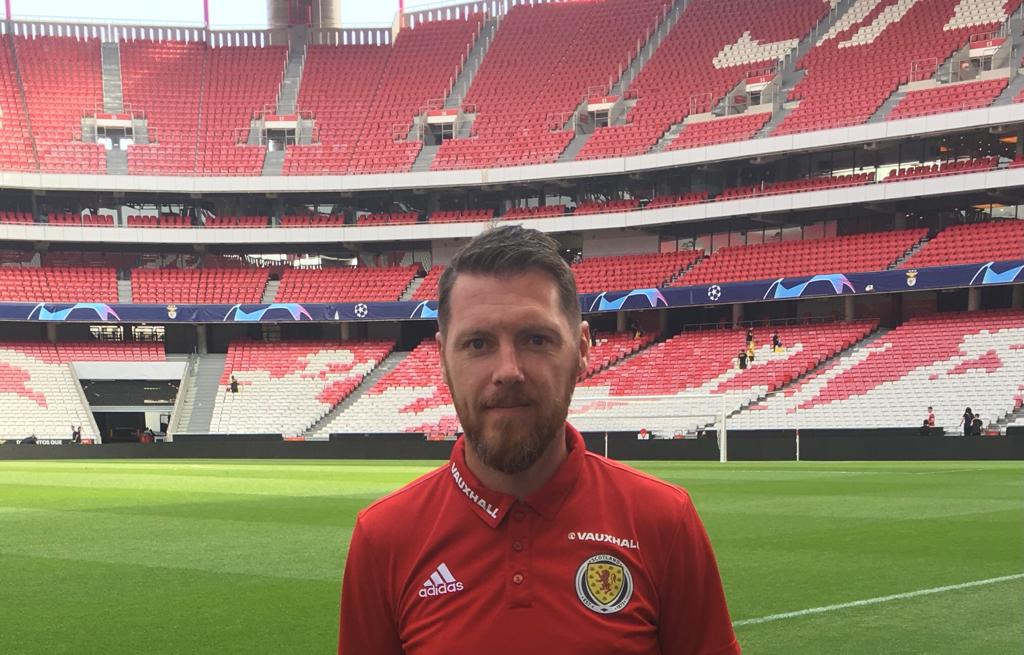 “It was a really productive week and I’ve been so pleasantly surprised by it all. There’s something for everyone on there from analysis and technology to recruitment and networking.”

He added: “What I enjoyed most about it was the variety of options available, from technical to tactical, physical to psychological, and the fact that there was some really high-profile professionals to learn from in each field.

“For example in psychology you were able to hear from top professionals, then there’s the likes of Jose Mourinho of course, who doesn’t need much of an introduction, so even just being able to hear a small segment from him is invaluable, let alone have access to a whole session.

“He ran through his daily routines at Tottenham to how he tries to get the best out of the likes of Harry Kane for example, so you can imagine how precious that is for coaches at any level. We also got to hear from the likes of Jesse Marsch from RB Salzburg who had some incredible tactical insights.

“It’s not just about the big names though, if you’re working in Men’s, Women’s or Youth Football, whether it’s team training or one-on-one coaching, it was all available this week and I can’t wait to work through more of it in the weeks to come.”

Scottish FA Head of Coach Education and Development Greig Paterson added: “Having grown our working relationship in the past few years, and having encountered difficulties in trying to complete face-to-face learning opportunities during the pandemic, giving our UEFA A and B license candidates access to the Digital Convention seemed a logical next step in our collaborative efforts with United Soccer Coaches.

“We will ask our candidates to attend a range of sessions before reporting back to their course tutors on their learnings from the Convention. This will work very well for us and the levels of competence we are trying to attain for our learners.”

In addition to the Scottish FA sending coaches to the Convention, candidates on the United Soccer Coaches Master Coach Diploma, through the University of Delaware, will also have the opportunity to obtain the C License through the Scottish FA in a continued collaborative approach.