The Scottish FA’s Learning Through Football campaign continued this week, as Kilwinning Sports Club played host to two days of workshops for local school children with a focus around sustainability.

The class-room based learning platform, which was developed in line with the Curriculum for Excellence (CfE), was relaunched in December as part of the legacy of last year’s European Championships.

Kilwinning Sports Club are in a unique position of having their own on-site wind turbine, which allowed the pupils to see first hand what clubs are doing to support sustainability. 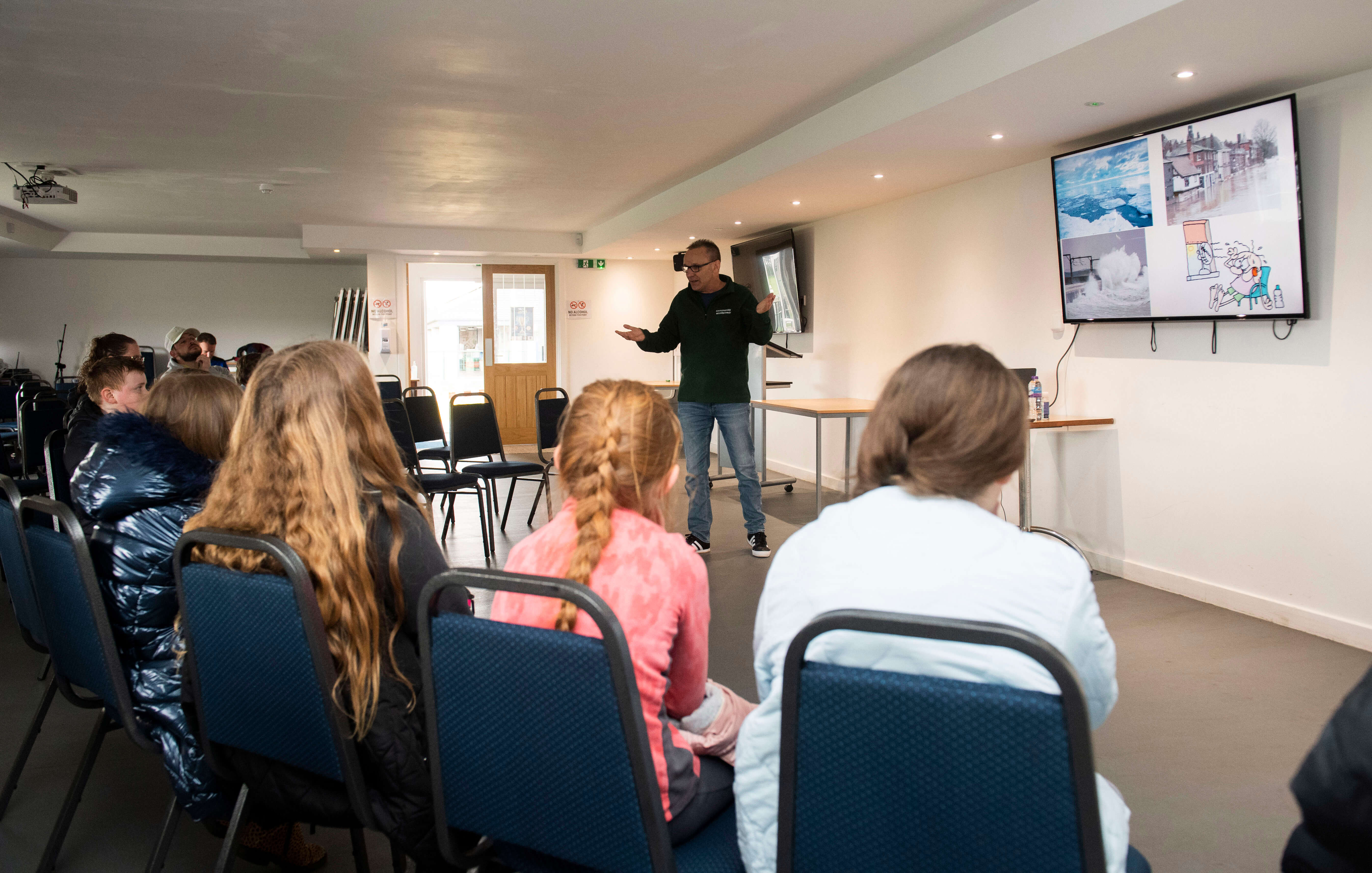 Issues around climate change were subjects that the local schools were keen to explore, and following their interaction sessions, they will now go back to their classrooms to find out more about the topics – before returning to Kilwinning Sports Club in June for a celebration event to showcase what they have learnt.

Jennifer Malone, Scottish FA Regional Manager – South East, believes the event has been well received by the local schools, who are already looking at other areas of the curriculum they could inspire pupils through football.

She said: “The feedback has been really positive from the schools and you could really see that the pupils were enjoying it and were engaged and that’s the unique position that football clubs are in in their community.

“We could have gone into the schools but we felt it was important to bring them to the club so that they could learn in a different environment away from the classroom and hopefully be inspired by the setting provided by the club.

“It was encouraging that the schools started talking about what they could do next - whether that’s coming down to work with them on their maths and numeracy, for example, by looking at the dimensions of a pitch or how many seats are in the stand.

“Exploring different parts of the football club has opened their eyes to that potential.”

David Weir, Scottish Football Association Lead for Learning Through Football, explains how the campaign can help local football clubs make a difference in educating their community.

He adds: “It's been one ambition of Learning Through Football that we support football clubs in facilitating the link between learning in school and at their local football club – and the past two days in Kilwinning have demonstrated how productive and beneficial this type of learning opportunity can be for everyone involved.

“Based on the feedback and enthusiasm, the children and staff left inspired to learn more about what football currently do and can do, to improve all pillars of sustainability.” 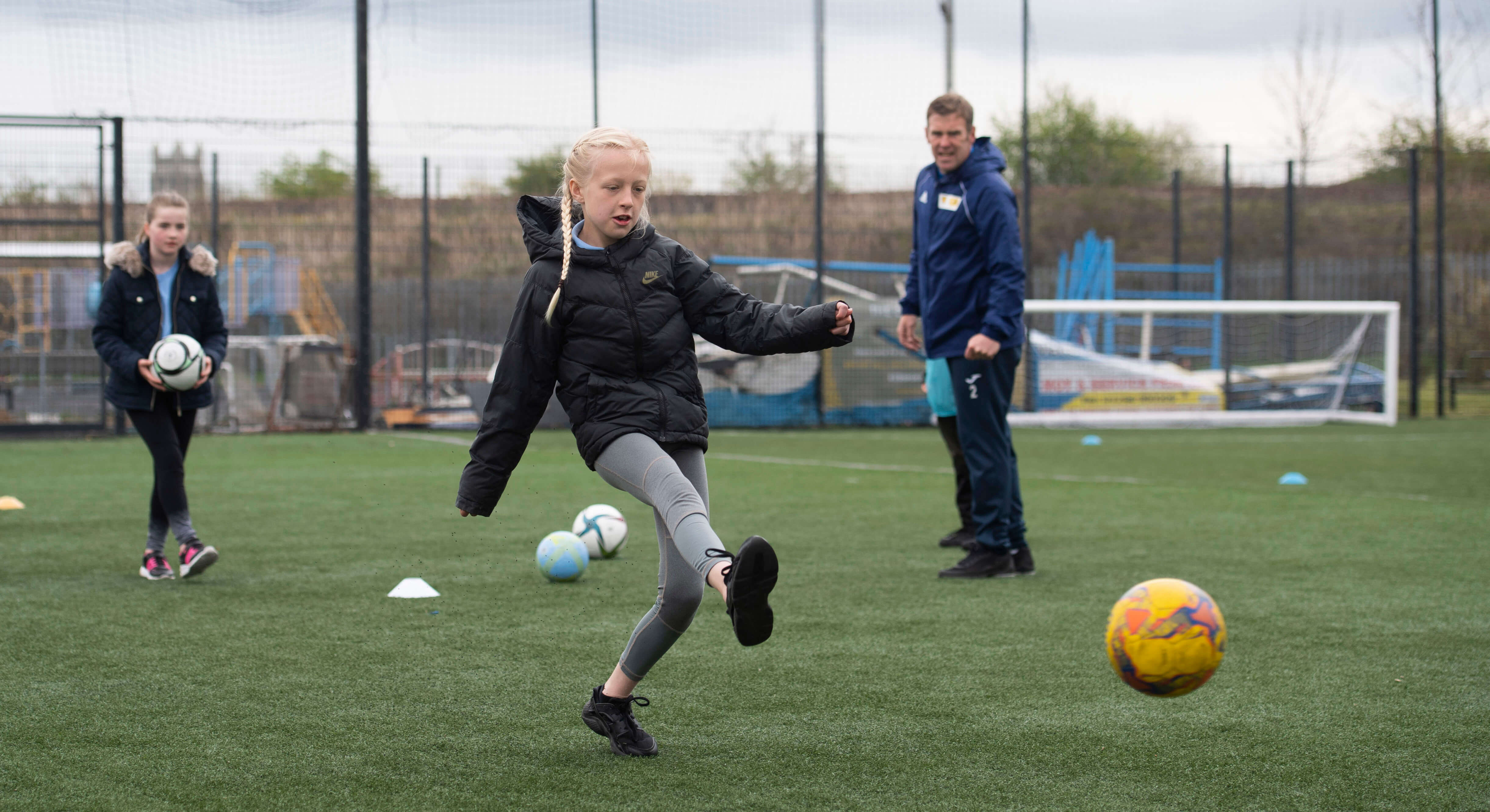 Colin Hunter, Club Development Officer at Kilwinning Sports Club, who was involved in the coaching sessions over the two days, believes initiatives like this are important for clubs to show local communities that they can benefit in more ways than purely sport.

He said: “It was a great project to be involved in, I’ve been working in football development for over 25 years and certainly know the power of football to get messages out there.

“We want to make sure the schools know that we are not just a sports club, they can come down here during the school days and do a maths lesson for example or learn a bit about geography through the World Cup – there’s lots of ways to tie football into different branches of learning.