After their outstanding performance in drawing 0-0 with Belgium in Sint-Truiden on Sunday, Scotland conclude their UEFA European Under-21 Championship Qualifying campaign with a match against Denmark in Vejle on Friday.

Scot Gemmill's side mixed pressing with composure on the ball in a dominant display against the highly-ranked Belgians, and will take confidence going into their final group match.

The Danes will represent a tough challenge though - they currently sit in second place in the group with only one defeat in the campaign. The only disappointment from Sunday's impressive display was the yellow card for Connor Barron which means he will miss Friday's match through suspension.

His withdrawal from the squad is the only change for Scotland - who have been in Vejle for a training camp since the beginning of the week.

For many players, including Lewis Mayo, Stephen Welsh and Marc Leonard, this game will be their last outing in an Under-21 shirt and they will be keen to end their time with the group on a high.

Kieran Freeman - who was a late addition to the squad after Harrison Ashby withdrew - made his debut on Sunday against Belgium, and he gives us his thoughts on a whirlwind few weeks.

Kieran, you made your Scotland Under-21s debut in the match against Belgium last Sunday, can you describe for me how that felt?

Obviously it was a good moment. I’ve been involved with Scotland since I was young and this is my first appearance since my knee injuries which I’d been out with for a few years so obviously it was great to come back especially against a team like Belgium. I thought we were the better team in the first half but we just couldn’t really finish our chances. My dad and were mum watching on BBC so they were definitely happy to see me playing.

After the injury problems you mention, it must be brilliant for you to have played so many matches this season for Dundee United and to get the last minute call up for this week must just cap it all off?

I just thought the season was finished to be honest and I was happy with playing 30 games and the team finishing fourth but just to get that extra appearance and be involved has been good. I missed a few days of a holiday with my mum and dad but I’d already had two weeks in Portugal! If you get the chance to play for Scotland then you’re going to miss anything. How have you found the training since you joined up with the group?

There’s some good players here and it’s been a good standard in training. Obviously last week was more match prep for the game so it’s more focused and tactics but even when you do go into small games you realise that there’s a good standard of players here.

Belgium are one of the best teams in Europe at this age group, how did you enjoy testing yourself at that level?

I think that wasn’t their strongest Under-21 side but if you looked at their team they still had million pound players – and quite a few millions, some of them! So it’s always good to test yourself against that sort of talent and we managed to get a clean sheet which is always a pleasing thing as a defender.

So Denmark up next, clearly another top side – does the fact that you performed so well against Belgium give you belief going into the game?

It obviously gives us confidence, there’s no pressure on either team and it’s up to us to go and get a result. This will be the last game for a little while so this will be the game that you think about for the next three or four weeks in your mind so you want it to be a good one and keep the confidence going. 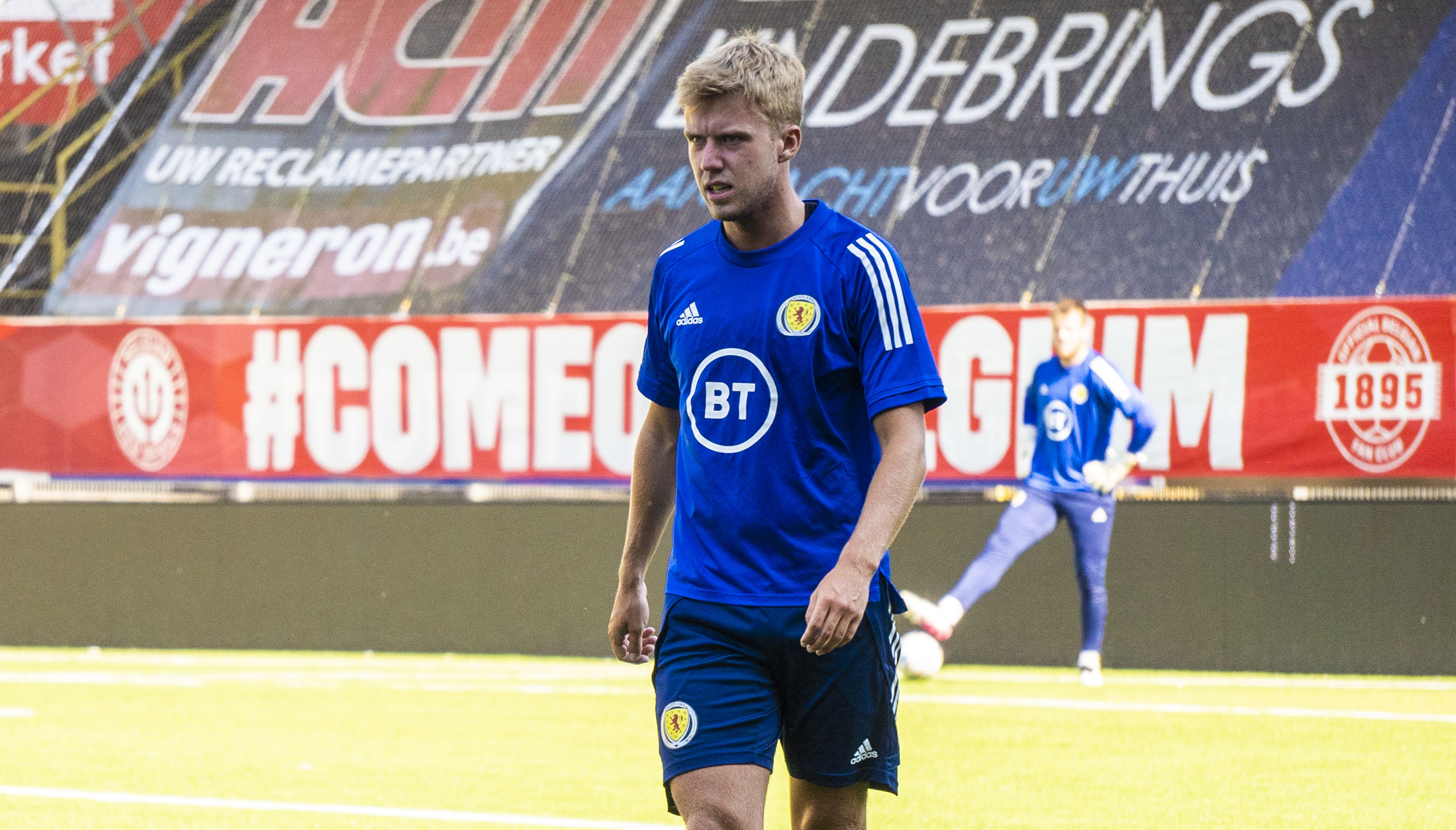 The match will once again be broadcast on the BBC Scotland Channel, with coverage beginning from 4:45pm.