Scotland Under-21s travel to face Belgium on Sunday as they return to action for the first time since March.

The match in Sint-Truiden is the first of a tricky double header which concludes with a game against Denmark in Vejle on 10 June.

The opponents are the two highest ranked sides in the group, but the young Scots can take confidence from their two away matches in the campaign so far which have produced resilient performances in draws in Turkey and Kazakhstan.

It was a tight, competitive contest when the two sides met at Tannadice in November, with Belgium eventually wrapping up a 2-0 win with a penalty from Lois Openda and a late goal from Nicolas Raskin.

Gemmill has introduced six new faces to his squad - rewarding strong performances from players in the latter part of the season and also promoting from the Under-19 squad. 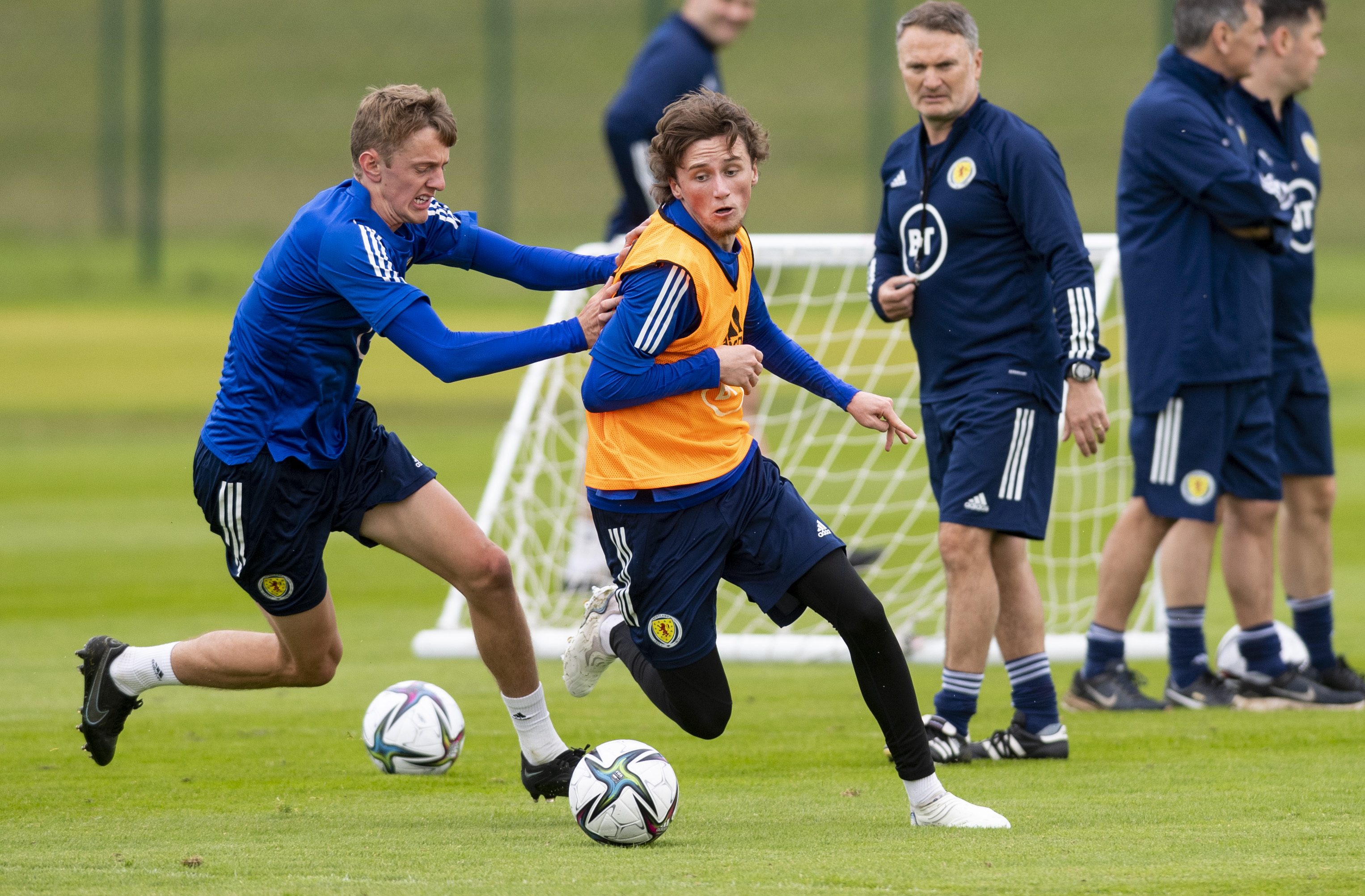 Rangers midfielder Alex Lowry and defender Leon King – who were both part of the Europa League Final squad in Seville - complete the additions, with the former having represented the Under-19s in Hungary earlier in the year.

Harrison Ashby is missing from the initial squad, with Freeman coming in as his replacement, while Rangers' forward Glenn Middleton has also been forced to miss the double header through injury.

Scotland head coach Scot Gemmill said: "Of course it's going to be tough but that's exactly what we want for the players.

"They're here to get that experience playing against that calibre of player and to show they've got the intelligence to play tactically correct with the gameplan.

"We've been working on the gameplan yesterday and today and now it's up to the players. We did that very well at Tannadice (in the 2-0 defeat) - we didn't just sit in.

"We were playing against players at Champions League level, Europe League level and the nature and calibre of the performance was pretty good.

"It gives us confidence that we can prepare properly and do it again on Sunday.

"Playing against Pot 1 and Pot 2 teams, of course there's still that demand to create chances and score goals but you also have to be very defensively-minded."

The match will be live on the BBC Scotland Channel, with coverage beginning at 2:45pm (UK time).