Hearts and Rangers meet in the eagerly anticipated Scottish FA Youth Cup Final on Wednesday night, in the first final to take place since 2019, after the 2020 final and the 2020/2021 competition were lost to covid-19.

Hearts head coach Steven Naismith – who was victorious in this competition as a youth player with Kilmarnock in 2004 - will be hoping to lead his young side to the trophy for first time in 22 years.

Rangers, meanwhile, were the last team to win the Scottish FA Youth Cup at Hampden, when they defeated Celtic 3-2 in the 2019 showpiece.

Hearts will be looking to get their hands on the trophy for the first time since the 1999/2000 season, when it was Rangers they defeated 5-3 in the final. They have come close a couple of times in recent years, reaching the semi-finals in 2020 and losing in the final to Motherwell in 2016.

While Rangers will be looking to win the competition for the third time in the past decade. Right back Nathan Patterson, now at Everton, was in their side who won this competition three years ago, and their current crop of Under-18s will be hoping to also use this competition as a springboard towards first team opportunities.

Hearts enjoyed comfortable victories against East Kilbride Thistle and Inverurie Loco Works in their opening rounds this season, before overcoming a tougher test in a 2-0 win away to Dundee in the quarter-final, with goals from Makenzie Kirk and Mackenzie Ross. 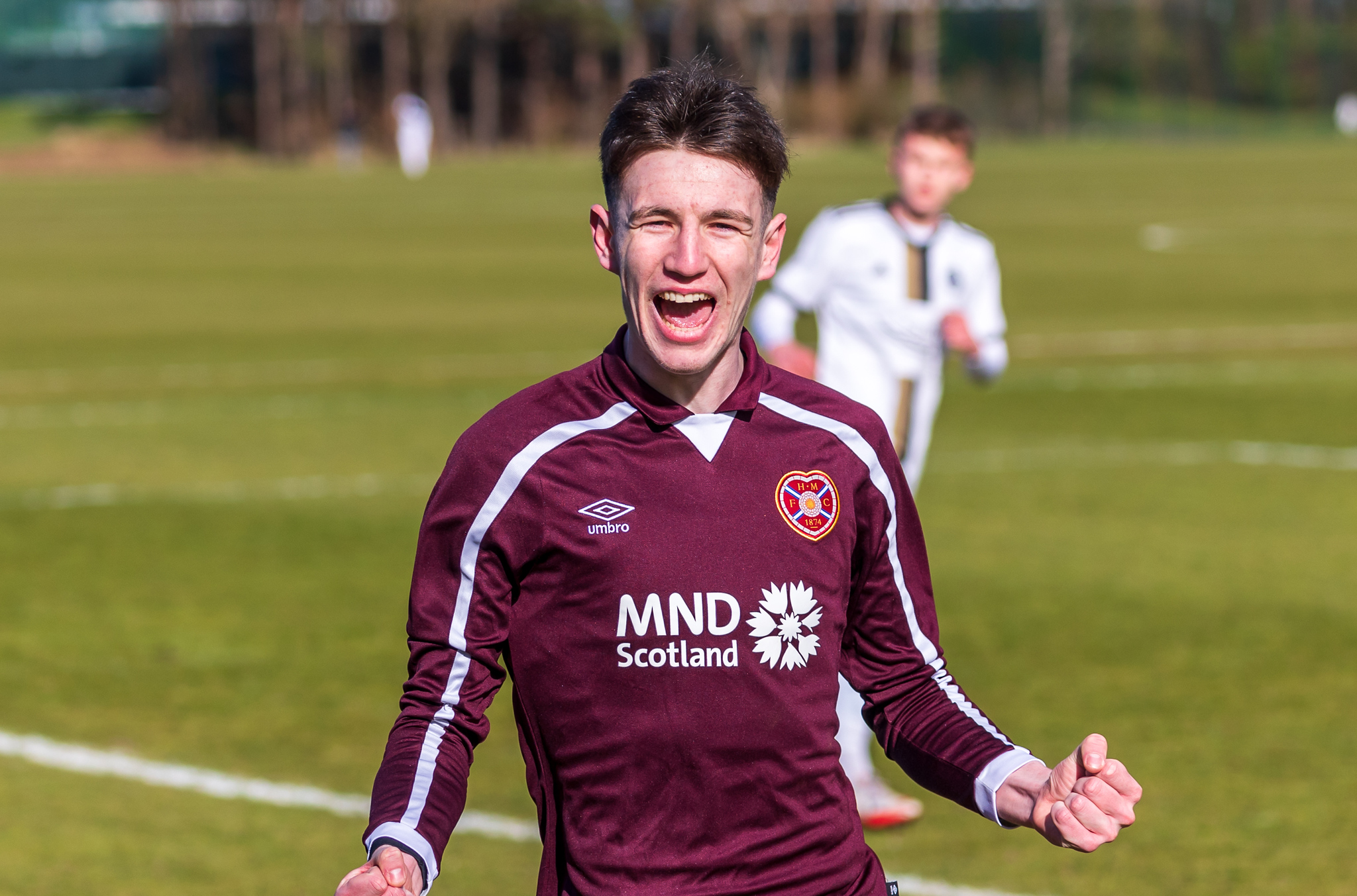 They faced another challenge in the semi-final in the form of Inverness Caledonian Thistle, in treacherous wintery conditions at Tynecastle, eventually sealing a 2-1 victory through Kirk – son of former Gorgie favourite Andy Kirk.

Rangers go into the final as the top goal scorers in this competition and they also enjoyed goal-laden wins in the first two rounds, with 5-0 and 12-1 victories against Queen of the South and Elgin City respectively.

Aberdeen were the next team to visit the Rangers Training Centre and they suffered a similar fate as Cameron Campbell’s young Gers team won 4-1 – with a double from Rory Wilson and goals from Greig Allen and Tyler Pasnik.

In the semi-finals, Rangers travelled east to face Hibernian and were 2-1 down going into the final 20 minutes. But James Graham levelled with a header and skipper Robbie Ure netted a double to seal their passage to Hampden. Hearts Under-18s head coach Steven Naismith says he has been impressing onto his side his memories of winning this competition as a player:

He said: “I won this in my second year in full-time football and I tell the players that that was the first trophy I ever won when football became a career for me. The feeling I had that night when I won it was the same as the six other times I won the league or cup with Rangers – the same feeling was replicated time after time.

“That’s something for all the players involved to grasp and understand that feeling and then have that drive beyond the cup final to say ‘I want more of that’ at a higher level. It was the first trophy I won and the feeling was magical and I was fortunate enough to go on and win more trophies.

“We’re very confident. There’s not been a game that we haven’t caused teams problems and games we’ve lost have been on individual mistakes or small margins so we’re definitely confident going into it.”

Rangers boss Cameron Campbell also places importance on the history of the Scottish FA Youth Cup as he looks ahead to a landmark day in his young players’ careers:

He said: “The boys are naturally really excited to go and play in what will be their first professional cup final and especially with it being the Scottish FA Youth Cup Final, there’s a lot of heritage with that trophy, looking at the past players who have won it. Especially if you look at Rangers academy graduates who have come through it – most notably recently you’ve had Nathan Patterson, Leon King who played in this last time it was played in 2019.

“It’s a big moment in their careers and I’m sure for all their friends and family, it’s a proud moment for them. The sacrifices that these guys have made since they’re kids should not be underestimated and their dedicated to their craft to get to this level is huge. Everybody in the building is looking forward to seeing these guys express themselves and hopefully on the day they can go and give a great account of what they’ve got.”

Programmes for both semi-finals will be available free on the night through Ignition Sport Media.

The match will be shown exclusively live on BBC Scotland, with coverage starting from 7:30pm.

Tickets can be bought by clicking here.

Youth Cup Final to be shown live on BBC Scotland